Don’t waste time on the wrong treatments! Avoid falling victim to a misdiagnosis...

Make sure your diagnosis is 100% accurate and that you’re getting the absolute best treatment for your cancer, as fast as possible.

With cancer, timing is everything. Act now! You have nothing to lose and a lifetime to gain.

When Verna was 55, she noticed multiple lumps in both breasts. She visited her doctor, who then arranged an ultrasound-based core needle biopsy. Shortly after, Verna was told she had breast cancer: Grade 1, invasive, and estrogen positive.

Based on the results of her ultrasound, the core needle biopsy, and her history of lumps in both of her breasts, Verna felt it would be important for her to have a double mastectomy and sentinel lymph node biopsy testing.

However, her local oncologist had not provided Verna with a PET/CT as part of his initial diagnostic protocol. Verna had asked her oncologist whether a PET/CT would be helpful. She says he responded by saying that a PET/CT would not be helpful in her diagnosis and treatment because they (Verna’s treatment team) already had all the necessary information.

Verna’s instinct told her this didn’t feel right. So, just to be sure, Verna contacted CTOAM to get a second opinion before making such a life-changing decision.

We reviewed Verna’s medical records and any prescribed treatment protocols (both present and past). Then our cancer experts reviewed the most current, relevant medical journals and research studies.

We also encouraged Verna to make two immediate changes to her lifestyle. Based on her current diet and work routine, there were important changes Verna could make before her formal treatment had even started: improve her exercise and nutrition.

Verna’s job required many hours of sitting at a desk, which meant her circulation wasn’t very good. Her diet was also poor, and she was starting to suffer from the effects of type II diabetes.

So we designed a cancer-fighting diet for Verna, as well as an exercise plan: certain types of exercise are exceptionally helpful in slowing the growth of breast cancer. Verna also invested in a new desk that would allow her to either stand or sit while she works.

We also arranged for Verna to work with an independent community oncologist near her hometown. This particular oncologist supports precision oncology and shares CTOAM’s philosophy of integrating private medicine into government-funded care for optimal cancer care. 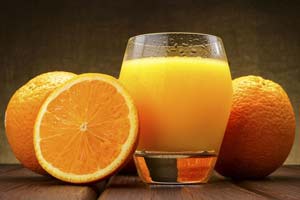 Genetic testing helps us identify any mutations for which medical science has already developed a targeted therapy drug.

Before she spoke with CTOAM, Verna hadn’t been aware of targeted therapy drugs for cancer. Our cancer specialists informed her about the benefits of targeted therapies, including evidence showing increased life expectancy and reduced side effects compared to standard treatment.

In order to gain access to the targeted therapies that would benefit her the most, Verna needed genetic testing. This is because we needed to first prove that she carried the genetic mutation for which a specific drug was designed. If we could demonstrate this, we’d be able to get her access to the drug.

CTOAM provides cancer patients like Verna with the necessary evidence (through genetic testing and subsequent analysis) to be eligible for the targeted treatment(s) that will be most effective for their unique form of cancer.

So, as we searched for new tests or treatments that might be helpful to Verna, our researchers also facilitated genetic testing of her tumour tissue to get even more data.

Additionally, CTOAM encouraged Verna to have a PET/CT scan (Positron Emission Tomography – Computed Tomography) to determine the exact location and aggression level of her cancer.

While most forms of imaging look at the density of the tumour and compare it to the surrounding tissues, PET/CT uses additional techniques to enhance the imaging data as a result. Below we’ve listed some significant benefits to PET/CT over other common imaging protocols like Ultrasound, MRI, CT Scan and X-Ray.

The amount of sugar-isotope solution that they absorb is referred to as the Serum Uptake Value (SUV). This assigns a numerical value to the aggressiveness of the tumour based on how much of the solution it absorbs.

By absorbing the sugar-isotope, any cancerous tumour will glow like a Christmas tree light – non-cancerous tissue is much less likely to be mistaken for malignant tissue with the PET/CT. This is incredibly beneficial for the success of surgical procedures and for showing exactly where, and to what extent, the cancer is in your body.

In fact, we’ve had patients who’d been told they had cancer, and were scheduled for surgery to remove the tumour and begin chemotherapy – and after the patient got a PET/CT scan, they discovered they didn’t even have cancer!

At the same time, it’s also common for patients to find out from a PET/CT scan that they do have cancer (and sometimes quite advanced, at that). These are patients who’d previously been told by their doctor or oncologists that their cancer is gone, or that they don’t have cancer. In these cases, the patient has chosen to pay for a PET/CT scan out-of-pocket – to confirm their doctor’s diagnosis – and received different results that enabled them to seek treatment immediately. Had they not opted to get a PET/CT on their own, they might not be here today.

PET/CT is also an essential treatment-monitoring tool. It reveals how well a treatment is working, so you can respond quickly (and either continue or change a treatment protocol).

CTOAM’s care team arranged for Verna to get a private PET/CT scan at a local clinic. Within a week, her test results were back and we had a much better understanding of where the cancer was in her body and to what extent it had metastasized.

Verna’s PET/CT scan results were extremely positive: the scan revealed only one, single primary breast lesion with a minimal SUV max = 1.5. There was no evidence of axillary or distal FDG avid lymphadenopathy.

Simply put: Verna had only a single, very small, low grade cancer that could easily be removed with minimally invasive surgery.

Therefore, she did not need the double mastectomy that she’d been planning to have. This is because the PET/CT showed that the remainder of the lumps in her breasts were harmless, benign cysts. Without the data from the PET/CT, Verna would’ve had both breasts removed unnecessarily.

Verna had her tumour surgically removed and her sentinel lymph nodes were examined for disease.

Verna’s sentinel lymph node biopsy results indicated that she may also have a case of small lymphocytic lymphoma (SLL). This is an indolent form of lymphoma that might never progress or progress very slowly.

Further testing of her bone marrow showed “a light sprinkling of mature lymphocytes with no aggressive looking cancer cells.” Therefore, there was no need to treat her lymphoma at that time.

The results from Verna’s tumour DNA sequencing results showed that she had a PI3Kα – H1047R mutation.

After her surgery, Verna was given the option (by her standard oncologist) of adjuvant radiation therapy. This type of therapy has been shown to improve the overall outcome in certain cases.

However, Verna was very opposed to radiation therapy. And, given the dual diagnosis of breast cancer and lymphoma, CTOAM thought it best to first do further research on Verna’s genetics and treatment options. We wanted to ensure that adjuvant radiation therapy would be the best decision for Verna. 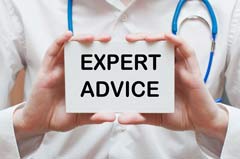 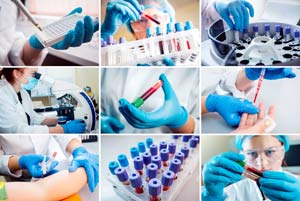 Great news! The results of the ctDNA test came back negative, indicating that Verna had no detectable levels of cancer cells in her body.

Given these results, we concluded that standard external beam radiation therapy should be avoided due to cardiotoxicity. And that other radiation-based therapies should be considered, such as brachytherapy and image-guided radiotherapy (IGRT).

Brachytherapy uses small hair-like radioactive needles inserted around the site of the tumour. We highly suggest the use of Isoray cesium 131 seeds, which provide a very high dose of radiation that only travels a very short distance, compared with other radiation isotopes.

Ultimately, Vera decided not to get post-surgery radiation therapy.

Recent advances in lymphoma treatment that target the PI3K-delta signalling pathway, rather than the alpha pathway altered in breast cancers, have resulted in significant benefits to patients without the harsh side effects of standard chemotherapy.

Since there are four unique PI3K signalling pathways (alpha, beta, delta, and gamma), we reviewed a series of pan-PI3K inhibitors (drugs that inhibit all PI3K pathways at the same time), and identified three drugs (GDC-0032, Copanlisib and AMG-511) that specifically inhibited only the PI3K signalling pathways (alpha and delta) that were driving the development of both her breast cancer and lymphoma.

In this way, Verna could potentially treat both of her cancers at the same time, using a single drug should she need to have treatment in the future. 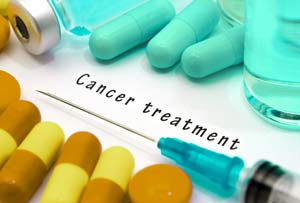 Verna is currently still cancer free over two years, after working with us!

Because of her genetic test results, we know which mutations to look out for. So with just a simple blood test, Verna can see if her old cancer has returned. With a liquid biopsy, Verna will know if her cancer is back before it has time to become too advanced. And, based on her genetic testing data, CTOAM has a list of targeted treatment options for Verna ready to go should that ever happen.

CTOAM was instrumental in preventing Verna from getting a double mastectomy. The PET/CT we recommended for her proved that the double mastectomy she’d been planning to get (prior to consulting us) was unnecessary.

We also helped Verna to determine that she didn’t need chemotherapy. And CTOAM now has a list of treatment options waiting for her, should she ever need it in future.

When it comes to both cancer treatment and prevention of recurrence, diet and exercise are fundamental. Because Verna adopted an active lifestyle and healthy diet, she has reaped the benefits of these changes. Unsurprisingly, her pre-diabetic condition has also been reversed.

As you can see, CTOAM’s advanced diagnostics, records review, and consultations can result in significant benefits to a patient’s outcome. Having access to a team of precision oncology specialists, doctors, and patient advocates can make all the difference in the outcome of your disease.

If you or a loved one has cancer, contact us today so we can do a brief review of your medical records. CTOAM’s cancer experts will ensure that you have access to the most advanced tests and treatments available for your unique form of cancer – as close to home as possible

Changing the face of cancer care, one person at a time.