Most, if not all, cancers are caused and perpetuated by a small population of tumour-initiating cells that exhibit numerous stem cell-like properties. Adult stem cells (SC) are involved in the regeneration and maintenance of our body tissues. They account for one out of every 6 million cells. Each tissue has a unique population of specific SCs located in regions known as niches. In the SC niche, the SCs exist in a unique dormant state known as quiescence, and remain in this state until they are given cues to be activated. 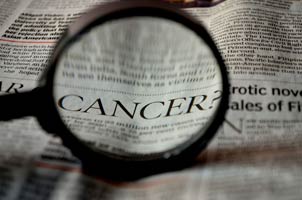 Proliferation and Differentiation in Stem Cells

Cancer results when a stem cell is stuck in proliferation, and is therefore not given the cues to differentiate. This situation results in a continually expanding population of undifferentiated cells. These cells can exist anywhere in the body (metastasis), in addition to having unlimited life spans (i.e. no Hayflick number).

The biochemical cues for proliferation and differentiation are based on genes specific to each tissue type. In general, genes that initiate proliferation are called oncogenes while genes that initiate differentiation are called suppressors. Cancer, therefore, could be seen as an over-activation of oncogenes accompanied by the inhibition of tumour suppressors. It is the ratio of oncogenes to tumour suppressors that determines the aggressiveness of the cancer. 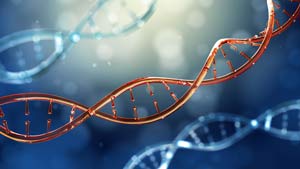 How Does Standard Chemotherapy Work?

Standard chemotherapeutic agents inhibit rapidly dividing cells during treatment, but do not affect dormant cancer initiating SCs. An example of this is shown in a side effect of treatment. During chemotherapy, patients lose their hair (rapidly dividing cells), but their hair typically grows back soon after treatment. This is due to the dormant SCs located in the hair shaft, which were not affected by the chemotherapy. It is this presence of dormant cancer initiating SCs combined with the occurrence of angiogenesis in-between treatment regimes that leads to disease recurrence.

Learn more about cancer and its treatment:

If you’d like to learn more about cancer in general, or the newest advancements in cancer treatment, email or call us today. CTOAM offers educational workshops and events for communities, organizations, and families. Be a leader – help spread the word about precision oncology to your loved ones and colleagues.